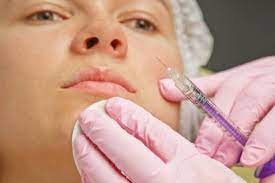 Even though we adore anti-aging cleansers, toners, moisturizers, and serums, there’s no denying that, at some point, over-the-counter treatments may not be enough to prevent the formation of fine lines and wrinkles. After all, hyaluronic acid and retinol only have so much power. Fortunately, anti-aging injectables such as Dysport are available to take anti-aging efforts to the next level.

Dysport is an injection that might help you seem younger by removing years from your looks. Dysport and Botox are both types of botulinum toxin injections. The differences between Dysport and Botox lie in the potency of trace proteins, which can make one more effective than the other. This toxin that is produced by bacteria, is used to calm the muscular spasms that generate wrinkles and fine lines for a short period of time.

It was created in the 1990s in the United Kingdom and has lately become popular around the world. Its capacity to generate good outcomes is partly responsible for its success.

Dysport works by reducing the activity of the treated muscles, preventing the overlying skin from folding on itself, and creating wrinkles.

While other injectables like Botox have been on the market for many years, Dysport is a relative newcomer. It is gaining a lot of popularity in its own right.

Although Dysport injections may not completely eliminate wrinkles, they do make them less apparent.

Dysport can also be used to treat cervical dystonia, which is an involuntary muscle spasm that causes neck twisting and lower limb stiffness in adults and children.

What is Dysport used for exactly?

Dysport is most typically used to address creases between the brows, which are referred to as the glabella area. Dysport is more effective than Botox in many severe cases, while Botox is usually recommended for mild glabella wrinkles.

Dysport’s potency makes it more useful for treating numerous other areas of the face besides the glabella. Although Dysport hasn’t been studied for a long time, short-term trials show that patients are pleased with its powerful results.

Dysport, in a nutshell, can be used for practically anything that Botox can. It may be more helpful on severe wrinkles or certain parts of the face, though.

Dysport injections are done in our Richmond Hill clinic located at 9140 Leslie St #301, Richmond Hill. Pricing for Dysport injection is $9 per unit. To determine the number of units needed please arrange for a phone consultation with our doctor. Please call 647-360-6839 or book online: https://skinrejuvenation.ca/book-a-free-consultation/